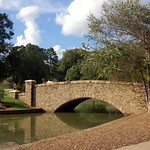 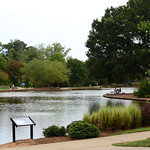 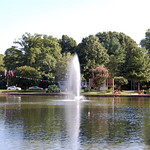 In the Philippines, a freedom park is a centrally located public space where political gatherings, rallies and demonstrations may be held without the need of prior permission from government authorities. Similar to free speech zones in the United States, the existence of freedom parks are based on the premise that the government may regulate the time, place and manner of assemblies, without prejudice to the nature of expression being expressed in those assemblies.

These spaces, of which every city and municipality is required to have at least one space designated as such, were created as a result of Reyes v. Bagatsing, a 1983 case heard by the Supreme Court of the Philippines where it was decided that there is no legal impediment to holding a rally in a public venue, which in this case was Rizal Park. This led to the enactment of Batas Pambansa Blg. 880, the Public Assembly Act of 1985, which codified the Reyes decision.

Despite the Public Assembly Act of 1985 requiring that all cities and municipalities have freedom parks, until 2006 only one freedom park was legally designated in the entire country: the Fuente Osmeña Rotonda in downtown Cebu City, according to testimony provided by Alfredo Benipayo, then Solicitor General of the Philippines, in Bayan v. Ermita. In its decision of the case, promulgated on April 26, 2006, the Supreme Court stipulated that in the absence of a freedom park in a particular city or municipality, all public spaces in that particular locality shall be open for the use of the public to peacefully assemble at, with the only requirement for doing such being prior notice given to the local mayor. Most localities established freedom parks after Bayan v. Ermita was heard by the Supreme Court, following an order wherein all cities and municipalities were to establish freedom parks within thirty days of the decision's promulgation.

Freedom parks may not be closed without provisions for its relocation, under Section 21 of the Local Government Code of 1991.