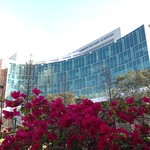 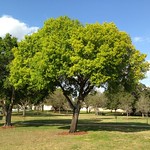 The University of South Florida, also known as USF, is an American metropolitan public research university located in Tampa, Florida, United States. USF also a member institution of the State University System of Florida. Founded in 1956, USF is the fourth-largest public university in the state of Florida, with a total enrollment of 48,373 as of the 2014–2015 academic year. The USF system comprises three institutions: USF Tampa, USF St. Petersburg and USF Sarasota-Manatee. Each institution is separately accredited by the Commission on Colleges of the Southern Association of Colleges and Schools. The university is home to 14 colleges, offering more than 80 undergraduate majors and more than 130 graduate, specialist, and doctoral-level degree programs.

USF is classified by the Carnegie Foundation for the Advancement of Teaching in the top tier of research universities, and is among three other universities in Florida to hold this highest level of classification. In its 2011 ranking, the Intellectual Property Owners Association placed USF 10th among all universities worldwide in the number of US patents granted. The university has an annual budget of $1.5 billion and an annual economic impact of over $3.7 billion. In a ranking compiled by the National Science Foundation, USF ranks 43rd in the United States for total research spending amongst all universities, public and private.