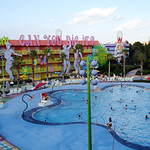 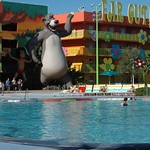 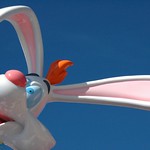 Disney's Pop Century Resort is a resort located at the Walt Disney World Resort in Lake Buena Vista, Florida, opened on December 14, 2003. It is the fourth value-priced resort in the complex, following Disney's All-Star Movies, All-Star Music, and All-Star Sports Resorts in the 1990s. The resort is themed around 20th century American pop culture. Original plans anticipated the creation of both the "Legendary Years" and the "Classic Years" to divide the property by the first and second halves of the century, respectively. However, the former section was scrapped after reduced tourism in the aftermath of the September 11 attacks and was redeveloped as a fifth value-priced resort Disney's Art of Animation Resort in 2012.