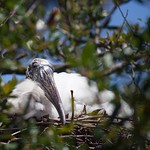 The Jacksonville Zoo and Gardens, located in Jacksonville, Florida, sits at the mouth of the Trout River. The zoo occupies approximately 117 acres (47 ha) and has over 2,000 animals and 1,000 plants in its collection. The zoo has grown from its modest beginnings in Springfield to be considered one of the city's premiere attractions, with more than 900,000 paying visitors in the last year.

The Jacksonville Zoo and Gardens' marquee attractions are the Range of the Jaguar, which won the 2005 AZA Exhibit of the year award and the Land of the Tiger, which opened in 2014 and features an innovative walk-through trail system for the two Sumatran and three Malayan tigers. Also included in the Land of the Tiger are wreathed and wrinkled hornbills, Visayan warty pigs, babirusa pigs, and Asian small-clawed otters. The zoo's other exhibits include the Plains of East Africa, highlighting African savanna animals; Great Apes of the World, featuring two of the four great apes among other primates; the Australian Outback, including lorikeets, cassowarys, and kangaroos; and Wild Florida, which features animals native to the state.

The zoo is active in animal conservation, participating in more than 50 national and international conservation initiatives and more than 95 Species Survival Plans. In 2004, the zoo reached an agreement with the nation of Guyana to help promote conservation in that country, particularly the Iwokrama Rainforest. Additionally, since 1999 the zoo has been home to a large breeding colony of wild wood storks.