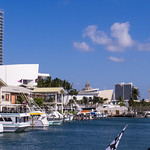 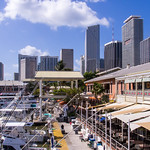 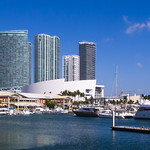 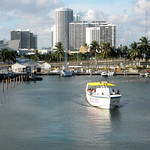 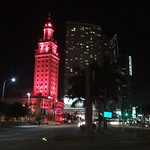 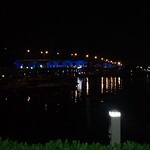 Bayside
Things to see at Bayside:
A bucket list of the top sights at Bayside, ordered by popularity.

2. The Torch of Friendship

Bayside Marketplace is a festival marketplace in Downtown Miami, Florida. It is located between the Bayfront Park to the south end, and the American Airlines Arena to the north. As Bayside's name suggests, it wraps along the banks of the Biscayne Bay.

The entertainment complex opened in 1987, during a major real estate boom in Miami. Instead of being planned to revitalize a specific area as its sister properties had, Bayside complements an existing marina. The shopping center was frequently featured on the crime drama TV series, Miami Vice.

The center attracts fifteen million people on average annually. It is served by the Metrorail at the Government Center, and directly by the Metromover at College/Bayside station.