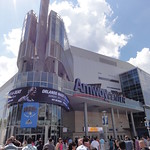 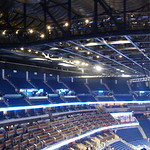 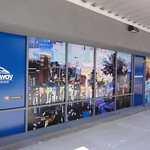 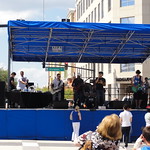 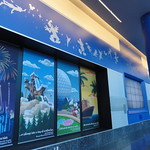 The Amway Center is a sports and entertainment venue in Orlando, Florida, located in the Downtown area. It is part of Downtown Orlando Master Plan 3: a plan that also involves improvements to the Citrus Bowl and a new performing arts center. The arena is home to the Orlando Magic of the NBA, the Orlando Predators of the Arena Football League, the Orlando Solar Bears of the ECHL, and hosted the 2012 NBA All-Star Game, plus the 2015 ECHL All-Star Game.

Amway Center hosted the second and third round games of the NCAA Division I Men’s Basketball Tournament in 2014. On January 14, 2013, the Arena Football League's Board of Directors voted to award ArenaBowl XXVI to Orlando in the summer of 2013. It hosted UFC on Fox: dos Anjos vs. Cerrone 2 on December 19, 2015, and will hold the 2016 Royal Rumble on January 24.