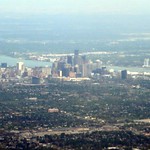 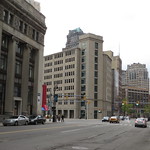 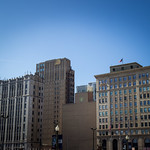 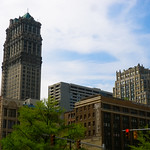 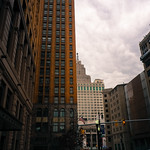 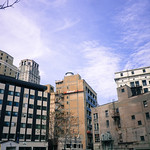 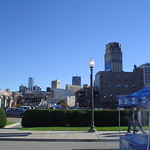 Downtown contains much historic architecture and many of the prominent skyscrapers in Detroit, including the Renaissance Center, the Penobscot Building, One Detroit Center, and the Guardian Building. Historic churches, theatres, and commercial buildings anchor the various downtown districts. Downtown has a number of parks including those linked by a promenade along the International Riverfront. Its central square is Campus Martius Park.