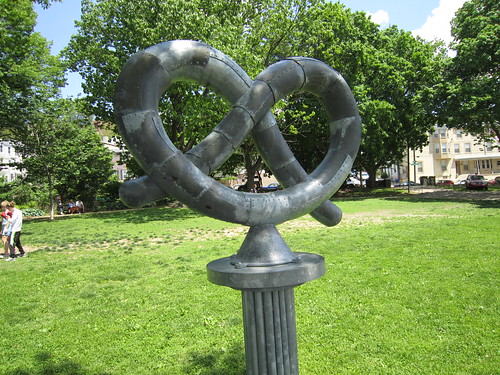 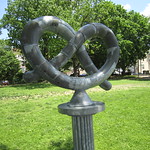 Pretzel Park is a small park in the Manayunk section of Philadelphia, Pennsylvania. It was officially named Manayunk Park from its creation in 1929 until 2004, when it was renamed. However, residents have referred to the park as Pretzel Park as far back as anyone can remember.

On November 28, 2005 a sculpture of a pretzel, about 6 feet tall including the base, was installed in the park.

No one is quite sure where the name Pretzel Park originates. Some believe that it is because of the pretzel shape of the walkways running through the park. Others believe that the park took its name because a pretzel vendor used to sell Philly Pretzels in the park.