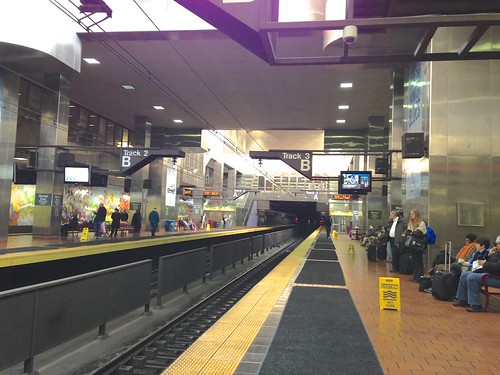 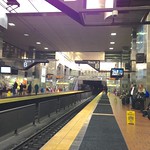 Jefferson Station (formerly Market East Station) is an underground SEPTA Regional Rail station located in the Market East neighborhood of Philadelphia, Pennsylvania. Its official SEPTA address is 12th and Filbert streets. It is the easternmost of the three Center City stations on the SEPTA Regional Rail system, and is part of the Center City Commuter Connection, which connects the former Penn Central commuter lines with the former Reading Railroad commuter lines. The station opened in November 1984, is owned and maintained by SEPTA, and replaced the former Reading Terminal, which a small part of the station is directly under. (The old terminal became part of the Pennsylvania Convention Center.)