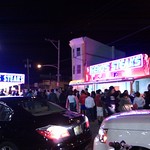 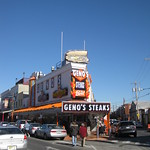 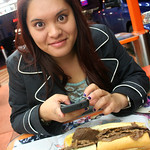 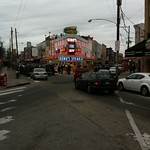 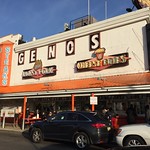 Geno's Steaks is a Philadelphia restaurant specializing in cheesesteaks, founded in 1966 by Joey Vento. Geno's is located in South Philadelphia at the intersection of 9th Street and Passyunk Avenue, directly across the street from rival Pat's King of Steaks, which is generally credited with having invented the steak sandwich in 1933. The cheesesteak has since become a signature dish for the city of Philadelphia. After Joey Vento's death in 2011, restaurant ownership was passed to his son Geno Vento.