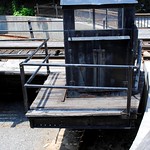 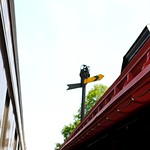 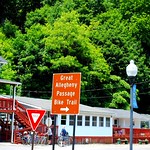 Frostburg is a city in Allegany County, Maryland, United States and is located at the head of the Georges Creek Valley. It is part of the Cumberland, MD-WV Metropolitan Statistical Area. The population was 9,002 at the 2010 census. Located 8 miles (13 km) west of Cumberland, the town is one of the first cities on the "National Road", US 40, and the western terminus of the Western Maryland Scenic Railroad. Since 1991, the city has been served by Interstate 68.

The City of Frostburg has an approximate year-round population of 8,075. In addition, 5,400 students attend Frostburg State University, a public university within the University System of Maryland.

Frostburg was originally called Mount Pleasant until 1820, when the government developed a postal service, and the town was renamed Frostburg.