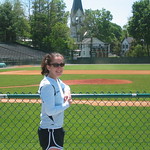 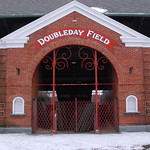 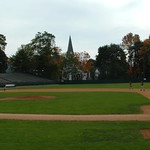 Doubleday Field is a baseball stadium in Cooperstown, New York named for Abner Doubleday and located two village blocks from the National Baseball Hall of Fame and Museum.

The grounds have been used for baseball since 1920, on what was Elihu Phinney's farm. A wooden grandstand was built in 1924, later replaced by a steel and concrete grandstand built in 1939 by the Works Project Administration. Subsequent expansion has increased seating capacity to 9,791 spectators.