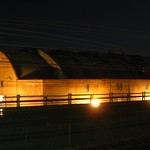 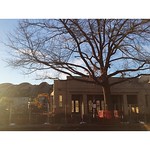 The Washington Coliseum, formerly Uline Arena, is an indoor arena in Washington, D.C. located at 1132, 1140, and 1146 3rd Street, Northeast, Washington, D.C. It was the site of the first concert by The Beatles in the United States.

It is directly adjacent to the railroad tracks, just north of Union Station, and bounded by L and M Streets.

While later used as a parking facility, it once hosted the Basketball Association of America's Washington Capitols, coached by Red Auerbach from 1946–49, and the American Basketball Association's Washington Caps in 1969–70. It also was host to many performances and athletic events of varying types, including ice skating, martial arts, ballet, music, circuses, and speeches. As an arena, it held 7,000 to 9,000 people for events.