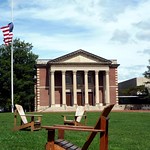 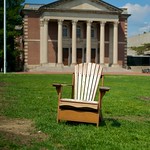 Williams College is a private liberal arts college located in Williamstown, Massachusetts, United States. It was established in 1793 with funds from the estate of Ephraim Williams. Originally a men's college, Williams became co-educational in 1970. Fraternities were also phased out during this period, beginning in 1962.

Williams has three academic curricular divisions (humanities, sciences and social sciences), 24 departments, 36 majors, and two master's degree programs in art history and development economics. There are 334 voting faculty members, with a student-to-faculty ratio of 7:1. As of 2012, the school has an enrollment of 2,052 undergraduate students and 54 graduate students.

The academic year follows a 4–1–4 schedule of two four-course semesters plus a one-course "winter study" term in January. A summer research schedule involves about 200 students on campus completing projects with professors.