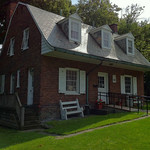 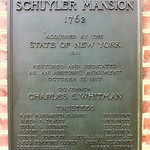 Schuyler Mansion is a historic house at 32 Catherine Street in Albany, New York, United States. The brick mansion is now a museum and an official National Historic Landmark. It was constructed from 1761 to 1765 for Philip Schuyler, later a general in the Continental Army and early U.S. Senator, who resided there from 1763 until his death in 1804. It was declared a National Historic Landmark on December 24, 1967. It is also a contributing property to the South End–Groesbeckville Historic District, listed on the National Register of Historic Places in 1984.