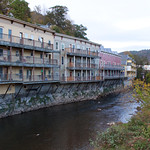 The Barre Montpelier Times Argus is a daily morning newspaper serving the capital region of Vermont. It was established in 1897. The newspaper claims that "80% of all adults in the Barre/Montpelier area read the Times Argus for local news, state government, sports, and advertising information.".

The Times Argus is the product of a union of the Barre Daily Times and the Montpelier Argus in 1959. The Barre Times was founded by Frank E. Langley, a printer from Wilmot, New Hampshire. Langley and his wife printed the paper out of their house, with a news policy of "Barre first and the rest of the world after." The first edition came out on March 16, 1897 and cost one cent. Langley's son remembered playing on the floor while Mrs. Langley set type in their Barre home.

In 1917 Langley encouraged his employees to become partners, and upon his death in 1938 six men became shareholders, including Alex Walker. Walker bought out his partners in 1958, and purchased the Montpelier Argus on August 29, 1959. The first Barre-Montpelier Times Argus was published on August 30, 1959.

The Montpelier Argus was struggling financially when it was purchased, working with an antiquated press and a dilapidated building (the Times Argus has a Montpelier office in the same building that once housed the Argus, at 112 Main Street in Montpelier. Currently the office houses the Vermont Press Bureau and the Montpelier reporter for the Times Argus).

Founded as the weekly Argus-Patriot in 1863 by Hiram Atkins, the Argus became a daily on October 30, 1897. The first edition cost one cent, and included this proposition: "...know how to make a newspaper, and one which will merit the name and prove a credit to the city of Montpelier." By then it was owned by Atkins' son Morris, who assumed ownership when his father died in 1893. Morris Atkins passed on the newspaper to his daughter Elaine in the 1940s. At that time the newspaper had an all-female reporting staff due to World War II. One of those women, Doris Jones, started at the Argus in 1945 and was employed by the newspaper until 1995.

In 1959 the newspaper was bought by Walker, who then sold the combined newspaper to Robert W. Mitchell and Gene Noble, owners of the Rutland Herald, in 1963. Mitchell and his son R. John bought out the Noble family in 1986, and the newspaper remains family-owned today.

The circulation area includes Orange, Lamoille, Washington and Caledonia counties. The Barre Montpelier Times Argus is published Monday through Saturday with an expanded Sunday edition. The most recent publisher's statement (March 31, 2008) gives the newspaper a daily circulation of 8,360.