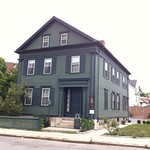 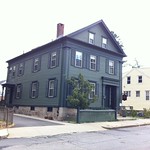 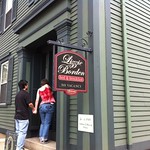 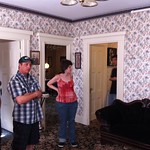 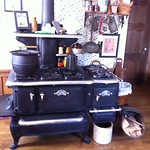 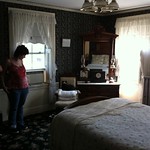 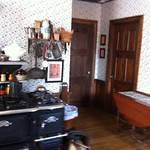 Lizzie Borden and her family lived at 92 Second Street in the city of Fall River, Massachusetts. From 1874 to 1892, the house was the property of Andrew Borden, Lizzie’s father, who was a member of high society. After Lizzie's trial and acquittal for murdering her father and stepmother with an axe, Lizzie and her sister Emma did not return to the house; instead, Lizzie bought another house located at 7 French Street that she named Maplecroft. Lizzie lived there until her death on June 1, 1927.

The house number of 92 Second Street was changed to 230 in 1896. It has operated as a bed and breakfast since 1996 under the ownership of Martha McGinn who inherited the house. Her grandparents purchased the house on August 4, 1948. According to Martha McGinn, the room where Lizzie's stepmother Abby Borden was found murdered is the “most requested room” of the bedrooms at the bed and breakfast. The Fall River Historical Society promotes the Lizzie Borden bed and breakfast as a tourist attraction.