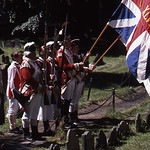 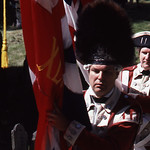 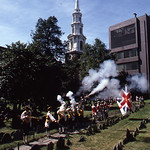 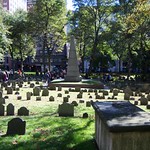 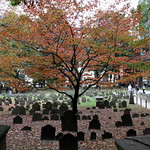 Founded in 1660, the Old Granary Burial Ground in Massachusetts is the city of Boston's third-oldest cemetery. Located on Tremont Street, it is the final resting place for many notable Revolutionary War-era patriots, including three signers of the Declaration of Independence – Samuel Adams, John Hancock, and Robert Treat Paine – Paul Revere, and the five victims of the Boston Massacre. The cemetery has 2,345 grave-markers, but historians estimate as many as 5,000 people are buried in it. The cemetery is adjacent to Park Street Church and immediately across from Suffolk University Law School.

The cemetery's Egyptian revival gate and fence were designed by architect Isaiah Rogers (1800–1869), who designed an identical gate for Newport's Touro Cemetery.