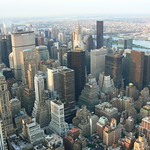 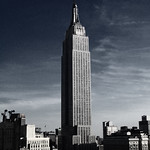 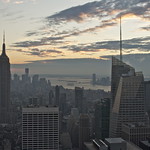 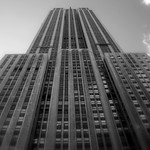 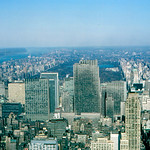 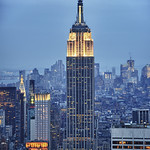 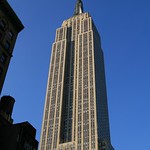 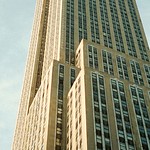 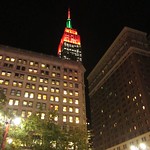 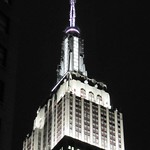 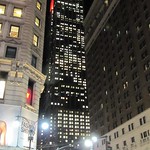 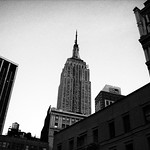 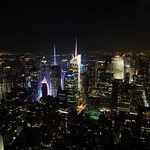 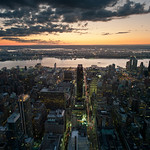 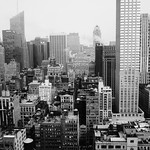 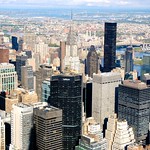 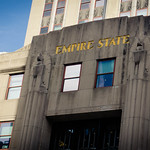 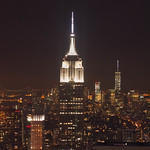 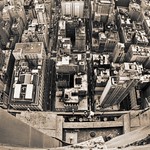 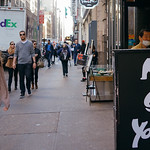 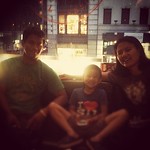 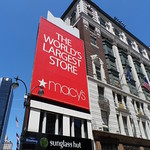 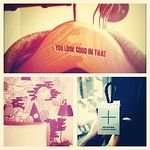 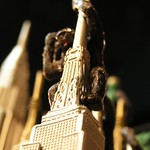 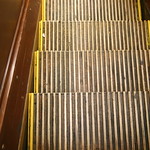 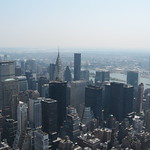 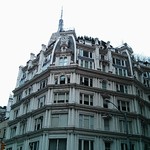 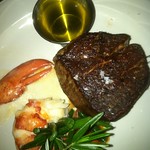 32. Church of the Transfiguration 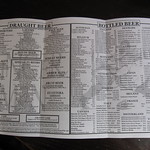 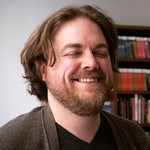 The Empire State Building is a 102-story skyscraper located in Midtown Manhattan, New York City, on Fifth Avenue between West 33rd and 34th Streets. It has a roof height of 1,250 feet (381 m), and with its antenna spire included, it stands a total of 1,454 feet (443 m) high. Its name is derived from the nickname for New York, the Empire State. It stood as the world's tallest building for nearly 40 years, from its completion in early 1931 until the topping out of the original World Trade Center's North Tower in late 1970. Following the September 11 attacks in 2001, the Empire State Building was again the tallest building in New York, until One World Trade Center reached a greater height in April 2012. The Empire State Building is currently the fifth-tallest completed skyscraper in the United States and the 29th-tallest in the world. It is also the fifth-tallest freestanding structure in the Americas. When measured by pinnacle height, it is the fourth-tallest building in the United States.

The Empire State Building is an American cultural icon. It is designed in the distinctive Art Deco style and has been named as one of the Seven Wonders of the Modern World by the American Society of Civil Engineers. The building and its street floor interior are designated landmarks of the New York City Landmarks Preservation Commission, and confirmed by the New York City Board of Estimate. It was designated as a National Historic Landmark in 1986. In 2007, it was ranked number one on the AIA's List of America's Favorite Architecture.