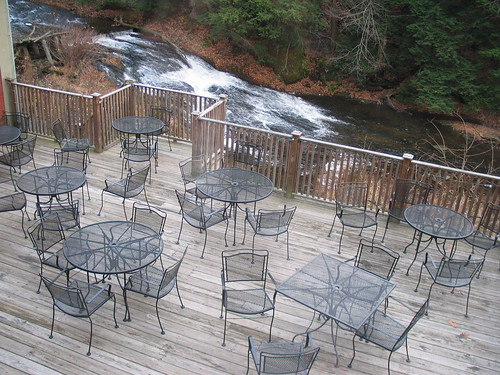 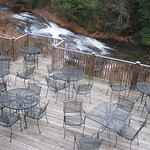 The Bookmill (sometimes "The Book Mill") is an independent bookstore in Montague, Massachusetts. The 1834 grist mill it occupies is listed as the Alvah Stone Mill on the National Register of Historic Places.

The store's motto is "Books you don't need in a place you can't find," and it claims to have "40,000 books and one waterfall." Housed in a 19th-century former gristmill, The Boston Globe called it "a magnet for bibliophiles from the nearby Amherst-Northampton Five College area". In 2005, the Globe devoted an entire article to the bookstore, quoting the owner as saying, "We're not particularly convenient, we're not particularly efficient, but we're beautiful."

The New York Times has described The Bookmill as "the valley's most pristine ambiance for just plain readers" and praised "the Book Mill's cafe, where the baked offerings are superior, as is the view of the rushing waters and the evergreens on the opposite bank, sharply edged against the snow."

Comedian John Hodgman is known to frequent the Bookmill. In a 2013 interview Hodgman claimed "...most dear to my heart The Book Mill and Lady Killigrew in Montague. That’s a used bookstore and great cafe where I would spend every hour of every day even if they didn’t have Wi-Fi, and they do." [2]