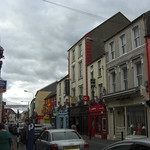 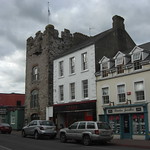 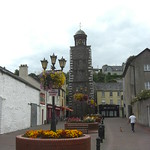 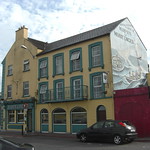 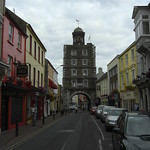 Youghal (/ˈjɔːl/ YAWL; Irish: Eochaill, meaning "yew wood") is a seaside resort town in County Cork, Ireland. Sitting on the estuary of the River Blackwater, in the past it was militarily and economically important. Being built on the edge of a steep riverbank, the town has a distinctive long and narrow layout. At the 2002 census the population was 6,597, but the population of its catchment area is about 10,000.

Since 2000 the town has experienced a strong decline in its former extensive industrial base, but there are plans for revitalisation taking advantage of the town's unique assets. As a historic walled seaport town on the coastline of east Cork, it has many historic buildings and monuments within its ancient town walls, and has been designated as an Irish Heritage Port by the Irish Tourist Board. It remains a popular tourist destination.