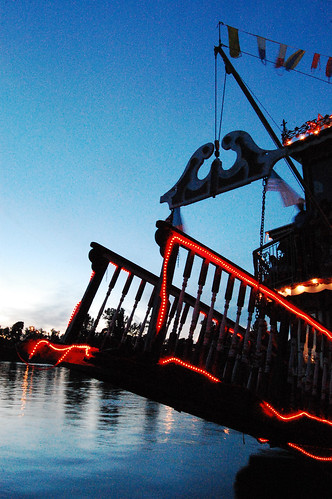 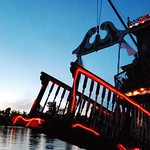 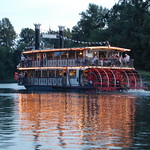 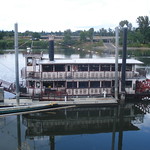 Since the early 1980s, several non-steam-powered sternwheel riverboats have been built and operated on major waterways in the U.S. state of Oregon, primarily the Willamette and Columbia Rivers, as river cruise ships used for tourism. Although configured as sternwheelers, they are not paddle steamers, but rather are motor vessels that are only replicas of paddle steamers. They are powered instead by diesel engines. The Lurdine (now Rose) was, when launched in 1983, "the first passenger-carrying sternwheeler in decades to [operate] on the Columbia River". In the case of the 1983-built M.V. Columbia Gorge, the construction and operation of a tourist sternwheeler was led by local government officials who viewed the idea as potentially being a major tourist attraction, giving an economic boost to their area, Cascade Locks, Oregon.