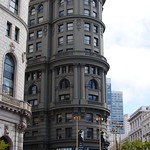 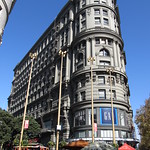 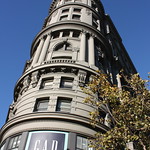 The Flood Building is a 12-story highrise in the downtown shopping district of San Francisco, California completed in 1904. Situated on Powell and Market streets, next to the Powell Street cable car turntable, Hallidie Plaza and the Powell Street Bart Station entrance, it is one of the few structures that survived the 1906 San Francisco earthquake.

The building was constructed on the site of Baldwin's Hotel and Theatre that was destroyed by fire in 1898, and later purchased by James L. Flood, son of James Clair Flood (1826-1888) the Comstock Lode millionaire.