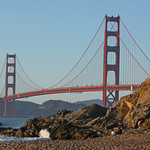 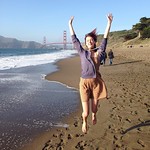 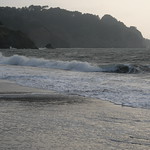 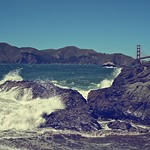 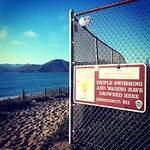 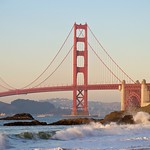 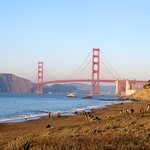 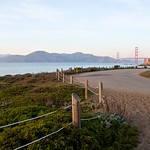 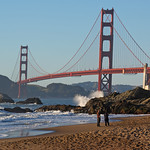 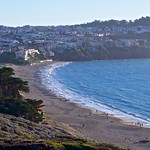 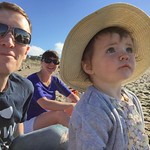 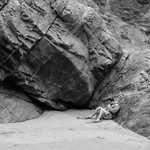 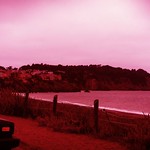 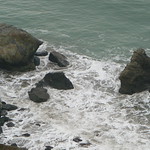 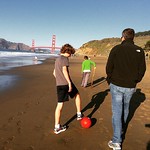 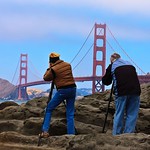 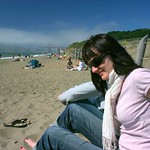 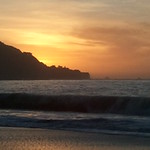 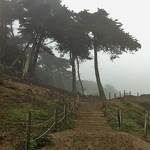 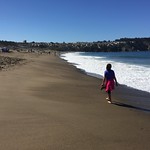 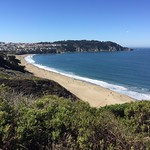 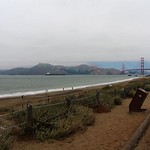 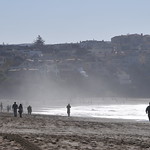 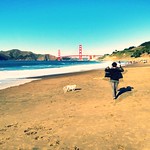 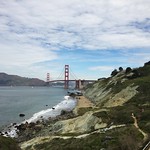 Baker Beach is a public beach on the peninsula of San Francisco, California, U.S.. The beach lies on the shore of the Pacific Ocean to the northwest of the city. It is roughly a half mile (800 m) long, beginning just south of Golden Gate Point (where the Golden Gate Bridge connects with the peninsula), extending southward toward the Seacliff peninsula, the Palace of the Legion of Honor and the Sutro Baths. The northern section of Baker Beach is "frequented by clothing-optional sunbathers". As such it is considered a nude beach.