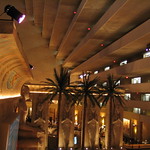 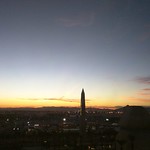 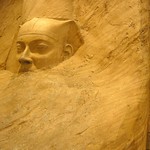 Luxor Las Vegas is a hotel and casino on the Las Vegas Strip in Paradise, Nevada. The 30-story hotel, owned and operated by MGM Resorts International, has a 120,000-square-foot (11,000 m2) casino with over 2,000 slot machines and 87 table games.

Due to the 2008 to 2009 renovation, it has a new, highly modernized design and contains a total of 4,407 rooms, including 442 suites, lining the interior walls of a pyramid-shaped tower and within more recent twin 22-story ziggurat towers.

The hotel is named after the city of Luxor (ancient Thebes) in Egypt. Luxor is the fourth-largest hotel in Las Vegas and the eighth largest in the world. As of 2010, the Luxor has a 4 Key rating from the Green Key Eco-Rating Program, which evaluates "sustainable" hotel operations.