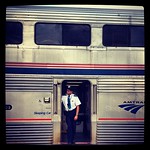 The city lies along U.S. Route 6/U.S. Route 191, a shortcut between Provo and Interstate 70, on the way from Salt Lake City to Grand Junction, Colorado. It is the location of the Western Mining and Railroad Museum, a tourist attraction that also contains household and commercial artifacts illustrating late 19th and early 20th-century living conditions.