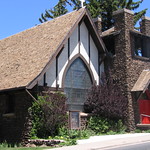 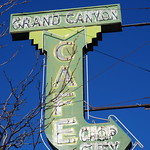 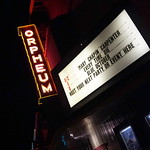 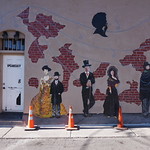 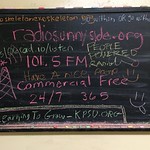 Flagstaff
Things to see at Flagstaff:
A bucket list of the top sights at Flagstaff, ordered by popularity.

Flagstaff is a city located in northern Arizona, in the southwestern United States. In 2013, the city's estimated population was 68,667. The combined metropolitan area of Flagstaff has an estimated population of 136,539. It is the county seat of Coconino County. The city is named after a ponderosa pine flagpole made by a scouting party from Boston (known as the "Second Boston Party") to celebrate the United States Centennial on July 4, 1876.

Flagstaff lies near the southwestern edge of the Colorado Plateau, along the western side of the largest contiguous Ponderosa Pine forest in the continental United States. Flagstaff is located adjacent to Mount Elden, just south of the San Francisco Peaks, the highest mountain range in the state of Arizona. Humphreys Peak, the highest point in Arizona at 12,633 feet (3,851 m), is located about 10 miles (16 km) north of Flagstaff in Kachina Peaks Wilderness.

Flagstaff's early economy was based on the lumber, railroad, and ranching industries. Today, the city remains an important distribution hub for companies such as Nestlé Purina PetCare, and is home to Lowell Observatory, The U.S. Naval Observatory, the United States Geological Survey Flagstaff Station, and Northern Arizona University. Flagstaff has a strong tourism sector, due to its proximity to Grand Canyon National Park, Oak Creek Canyon, the Arizona Snowbowl, Meteor Crater, and historic Route 66. The city is also a center for medical device manufacturing, since Flagstaff is home to W. L. Gore and Associates.