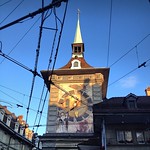 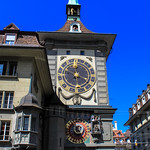 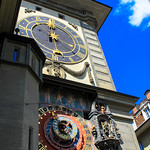 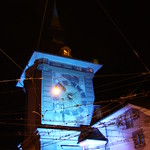 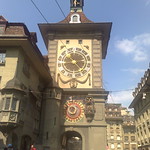 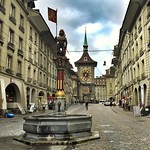 The Zytglogge (Bernese German: /ˈt͡sitˌklɔkːə/) tower is a landmark medieval tower in Bern, Switzerland. Built in the early 13th century, it has served the city as guard tower, prison, clock tower, centre of urban life and civic memorial.

Despite the many redecorations and renovations it has undergone in its 800 years of existence, the Zytglogge is one of Bern's most recognisable symbols and, with its 15th-century astronomical clock, a major tourist attraction. It is a heritage site of national significance, and part of the Old City of Bern, a UNESCO World Cultural Heritage site.