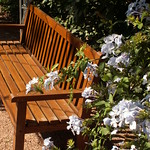 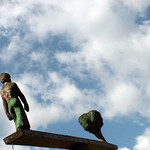 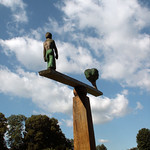 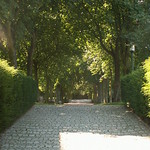 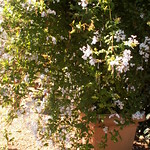 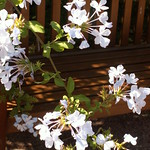 An orangery or orangerie was a room or a dedicated building on the grounds of fashionable residences from the 17th to the 19th centuries where orange and other fruit trees were protected during the winter, similar to a greenhouse or conservatory. The orangery provided a luxurious extension of the normal range and season of woody plants, extending the protection which had long been afforded by the warmth offered from a masonry fruit wall. A century after the use for orange and lime trees had been established, other varieties of tender plants, shrubs and exotic plants also came to be housed in the orangery, which often gained a stove for the upkeep of these delicate plants in the cold winters of northern Europe. As imported citrus fruit, pineapples and other tender fruit became generally available and much cheaper, orangeries were used more for tender ornamental plants.

The orangery originated from the Renaissance gardens of Italy, when glass-making technology enabled sufficient expanses of clear glass to be produced. In the north, the Dutch led the way in developing expanses of window glass in orangeries, though the engravings illustrating Dutch manuals showed solid roofs, whether beamed or vaulted, and in providing stove heat rather than open fires. This soon created a situation where orangeries became symbols of status among the wealthy. The glazed roof, which afforded sunlight to plants that were not dormant, was a development of the early nineteenth century. The orangery at Dyrham Park, Gloucestershire, which had been provided with a slate roof as originally built about 1702, was given a glazed one about a hundred years later, after Humphrey Repton remarked that it was dark; though it was built to shelter oranges, it has always simply been called the "greenhouse" in modern times.

The 1617 Orangerie (now Musée de l'Orangerie) at the Palace of the Louvre, inspired imitations that culminated in Europe's largest orangery. Designed by Jules Hardouin-Mansart for Louis XIV's 3,000 orange trees at Versailles, its dimensions of 508 feet (155 m) by 42 feet (13 m) were not eclipsed until the development of the modern greenhouse in the 1840s, and were quickly overshadowed by the glass architecture of Joseph Paxton. Notable for his 1851 design of the Crystal Palace, his "great conservatory" at Chatsworth House was an orangery and glass house of monumental proportions.

The orangery, however, was not just a greenhouse but a symbol of prestige and wealth and a feature of gardens, in the same way as a summerhouse, folly or "Grecian temple". Owners would conduct their guests there on tours of the garden to admire not only the fruits within but the architecture without. Often the orangery would contain fountains, grottos, and an area in which to entertain in inclement weather.