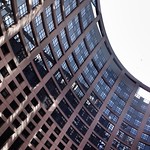 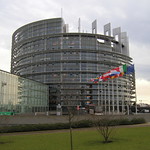 It has been directly elected every five years by universal suffrage since 1979. However, turnout at European Parliament elections has fallen consecutively at each election since that date, and has been under 50% since 1999. Turnout in 2014 stood at 42.54% of all European voters.

Although the European Parliament has legislative power that the Council and Commission do not possess, it does not formally possess legislative initiative, as most national parliaments of European Union member states do. The Parliament is the "first institution" of the EU (mentioned first in the treaties, having ceremonial precedence over all authority at European level), and shares equal legislative and budgetary powers with the Council (except in a few areas where the special legislative procedures apply). It likewise has equal control over the EU budget. Finally, the European Commission, the executive body of the EU, is accountable to Parliament. In particular, Parliament elects the President of the Commission, and approves (or rejects) the appointment of the Commission as a whole. It can subsequently force the Commission as a body to resign by adopting a motion of censure.

The President of the European Parliament (Parliament's speaker) is Martin Schulz (S&D), elected in January 2012. He presides over a multi-party chamber, the two largest groups being the Group of the European People's Party (EPP) and the Progressive Alliance of Socialists and Democrats (S&D). The last union-wide elections were the 2014 elections. The European Parliament has three places of work – Brussels (Belgium), the city of Luxembourg (Luxembourg) and Strasbourg (France). Luxembourg is home to the administrative offices (the 'General Secretariat'). Meetings of the whole Parliament ('plenary sessions') take place in Strasbourg and in Brussels. Committee meetings are held in Brussels.