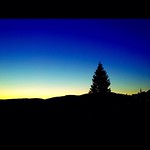 Dilsberg Castle (German: Bergfeste Dilsberg) is a castle on a hill above the River Neckar in Neckargemünd, Germany. The castle was built by the counts of Lauffen in the 12th century. In the 13th century it became the main castle for the counts. In the 14th century it became part of the Electorate of the Palatinate and received town rights in 1347. During the Thirty Years' War, the castle was considered impregnable until Imperial forces under Tilly took the castle in 1622 after a long siege. In 1799, French forces tried and failed to storm the castle. A 46-metre-deep well helped keep the defenders supplied during this assault. In the 19th century the castle fell into ruin and was used as a quarry. Today the castle and its town are a tourist attraction and are administered by the Staatliche Schösser und Gärten Baden-Württemberg, attracting thousands of visitors.