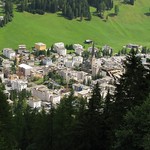 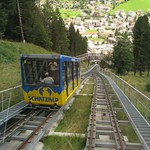 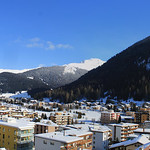 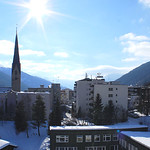 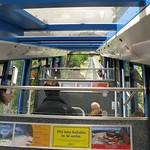 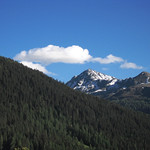 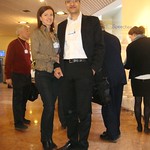 Davos (Romansh:  Tavau , archaic Italian: Tavate, local German pronunciation [daˈfoːs], German pronunciation [daˈvoːs]) is a municipality in the district of Prättigau/Davos in the canton of Graubünden, Switzerland. It has a permanent population of 11,136 (2014). Davos is located on the river Landwasser, in the Rhaetian Alps, between the Plessur and Albula Range. At 1,560 m (5,120 ft), it is the highest "town" in Europe.

Davos is host to the World Economic Forum (WEF), an annual meeting of global political and business elites (often referred to simply as Davos) and the home of one of Switzerland's biggest ski resorts. At the end of every year it serves as the site of the annual Spengler Cup ice hockey tournament, hosted by the HC Davos local hockey team.