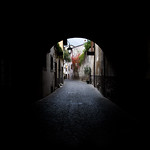 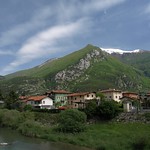 Arco
Things to see at Arco:
A bucket list of the top sights at Arco, ordered by popularity.

Atlantic Richfield Company (ARCO) is an American oil company with operations in the United States, Indonesia, the North Sea, and the South China Sea. It has more than 1,300 gas stations in the western part of the United States. ARCO was formed by the merger of East Coast–based Atlantic Refining and California-based Richfield Oil Corporation in 1966. A merger in 1969 brought in Sinclair Oil Corporation. It became a subsidiary of UK-based BP plc in 2000 through its BP West Coast Products LLC (BPWCP) affiliate. On August 13, 2012, it was announced that Tesoro would purchase ARCO and its refinery for $2.5 billion. However, the deal came under fire due to increasing fuel prices. Many activists urged state and federal regulators to block the sale due to concerns that it would reduce competition and could lead to higher fuel prices at ARCO stations (ARCO stations make up more than half of all stations with the lowest fuel prices in California). On June 3, 2013, BP sold ARCO and the Carson Refinery to Tesoro for $2.5 billion. BP sold its Southern California terminals (Vinvale, Colton, San Diego, Hathaway, and Hynes) to Tesoro Logistics LP, including the Carson Storage Facility. BP will continue to own the ampm brand and sell it to Tesoro for Southern California, Arizona, and Nevada. BP exclusively licensed the ARCO rights from Tesoro for Northern California, Oregon, and Washington.

ARCO is known for its low-priced gasoline compared to other national brands, mainly due to an early 1980s decision to emphasize cost cutting (cash/debit-only policy) and alternative sources of income (ampm). ARCO is headquartered in La Palma, California.