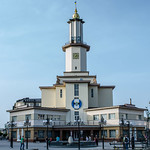 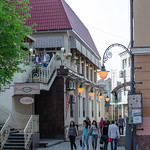 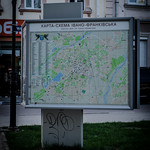 Ivano-Frankivsk (Ukrainian: Іва́но-Франкі́вськ [iˈwɑnɔfrɑnˈkiu̯sʲk]; formerly Stanyslaviv, Stanislau, or Stanisławów; see below) is a historic city located in the western Ukraine. It is the administrative centre of the Ivano-Frankivsk Oblast. Administratively, it is designated as a city of regional significance within the oblast, and together with a number of rural localities, is incorporated as Ivano-Frankivsk Municipality. Population: 226,018 (2013 est.).

Built in the mid 17th century as a private fortress of the Polish Potocki family, with the partition of Poland in 1772 Stanisławów was passed to the Habsburg Empire, after which it became the property of the State authorities of the Austrian Empire. It was during that time that the fortress was transformed into one of the most prominent cities at the foothills of the Carpathian Mountains. After World War I, for a short stint it served as temporary capital of the West Ukrainian People's Republic, after the fall of which Stanisławów became part of the Second Polish Republic. At the dawn of World War II, the city was annexed by the Soviet Union, only to be occupied by Nazi Germany two years later. With the liberation of Ukraine in 1944, a Soviet regime was established in the city for the next 45 years. A few years before the fall of the Soviet Union, the blue-yellow flag was raised in the city as the symbol of an independent Ukraine.

A city visitor may find elements of various cultures intertwined within Ivano-Frankivsk, the Polish Rathaus, the Austrian city's business center, the Soviet panel multi-storied residential apartment buildings at the city's urban-rural fringe, and others. The city is third in population among other cities in the Carpathian Euroregion, yielding only to Lviv and Košice.