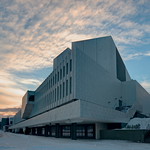 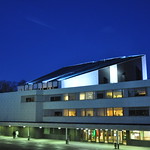 1. The National Museum of Finland

The inauguration of the Finlandia Hall was celebrated on 2 December 1971. The inauguration concert included the first performance of Einojuhani Rautavaara’s Meren tytär (‘Daughter of the Sea’) and Aulis Sallinen’s Symphony (opus 24), as well as Sibelius’s violin concerto with Isaac Stern as the violin soloist of the Helsinki Philharmonic Orchestra. Every year, Finlandia Hall hosts many of the world's most well known and acclaimed music performers and ensembles.

A comprehensive history of the Finlandia Hall, Events, People and Music, was published in 2001 by the Otava Publishing Company. The book was written by Pekka Suhonen, Petri Mustonen and Eeva-Kaarina Holopainen.

The versatile and flexible meeting, exhibition, festival and concert facilities of the Finlandia Hall offer a setting for both large international congresses and small-scale meetings, and for various entertainment and public events. The Finlandia Hall has proved its ability to serve as a venue for several world congresses and as a forum for the world’s top economic and political leaders. The building itself is a popular attraction visited by thousands of tourists from all over the world every year. The building is owned by the City of Helsinki.