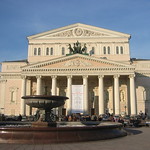 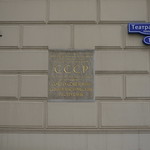 At that time, all Russian theatres were imperial property. Moscow and St. Petersburg each had only two theatres, one intended for opera and ballet (these were known as the Bolshoi Theatres), and one for plays (tragedies and comedies). Because opera and ballet were considered nobler than drama, the opera houses were named "Grand Theatres" ("Bolshoi" is Russian for "large" or "grand") and the drama theatres were called the "Smaller Theatre" ("Maly" is Russian for "small", "lesser", or "little").

The Bolshoi Ballet and Bolshoi Opera are amongst the oldest and most renowned ballet and opera companies in the world. It is by far the world's biggest ballet company, having more than 200 dancers. The theatre is the parent company of The Bolshoi Ballet Academy, a world-famous leading school of ballet. It has a branch at the Bolshoi Theatre School in Joinville, Brazil.

The main building of the theatre, rebuilt and renovated several times during its history, is a landmark of Moscow and Russia (its iconic neoclassical facade is depicted on the Russian 100-ruble banknote). On 28 October 2011, the Bolshoi was re-opened after an extensive six-year renovation. The official cost of the renovation is 21 billion rubles ($688 million). However, other Russian authorities and other people connected to it claimed much more public money was spent. The renovation included restoring acoustics to the original quality (which had been lost during the Soviet Era), as well as restoring the original Imperial decor of the Bolshoi.