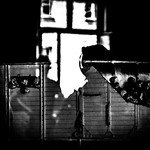 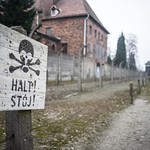 Auschwitz
Things to see at Auschwitz:
A bucket list of the top sights at Auschwitz, ordered by popularity.

Auschwitz I was first constructed to hold Polish political prisoners, who began to arrive in May 1940. The first extermination of prisoners took place in September 1941, and Auschwitz II–Birkenau went on to become a major site of the Nazi "Final Solution to the Jewish question". From early 1942 until late 1944, transport trains delivered Jews to the camp's gas chambers from all over German-occupied Europe, where they were killed with the pesticide Zyklon B. At least 1.1 million prisoners died at Auschwitz, around 90 percent of them Jewish; approximately 1 in 6 Jews killed in the Holocaust died at the camp. Others deported to Auschwitz included 150,000 Poles, 23,000 Romani and Sinti, 15,000 Soviet prisoners of war, 400 Jehovah's Witnesses, and tens of thousands of others of diverse nationalities, including an unknown number of homosexuals. Many of those not killed in the gas chambers died of starvation, forced labor, infectious diseases, individual executions, and medical experiments.

In the course of the war, the camp was staffed by 7,000 members of the German Schutzstaffel (SS), approximately 12 percent of whom were later convicted of war crimes. Some, including camp commandant Rudolf Höss, were executed. The Allied Powers refused to believe early reports of the atrocities at the camp, and their failure to bomb the camp or its railways remains controversial. One hundred forty-four prisoners are known to have escaped from Auschwitz successfully, and on October 7, 1944, two Sonderkommando units—prisoners assigned to staff the gas chambers—launched a brief, unsuccessful uprising.

As Soviet troops approached Auschwitz in January 1945, most of its population was evacuated and sent on a death march. The prisoners remaining at the camp were liberated on January 27, 1945, a day now commemorated as International Holocaust Remembrance Day. In the following decades, survivors, such as Primo Levi, Viktor Frankl, and Elie Wiesel, wrote memoirs of their experiences in Auschwitz, and the camp became a dominant symbol of the Holocaust. In 1947, Poland founded a museum on the site of Auschwitz I and II, and in 1979, it was named a UNESCO World Heritage Site.