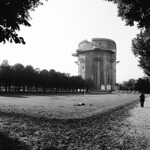 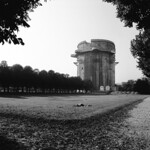 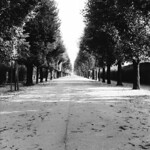 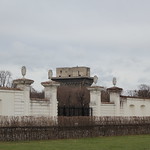 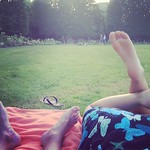 Augarten
Things to see at Augarten:
A bucket list of the top sights at Augarten, ordered by popularity.

The Augarten is a public park of 52.2 hectares (129 acres) situated in the Leopoldstadt, the second district of Vienna, Austria. It contains the city's oldest Baroque park.

In the north-west and north-east it borders (since 1900) on the 20th district, Brigittenau, in the north-east also on the former Nordwestbahnhof, from where the North Western Railway made its way to Bohemia, while to the south it faces the so-called Karmeliterviertel ("Carmelite quarter"), the historical Jewish quarter, followed by the Leopoldstadt. Until 1870 (Vienna Danube regulation), the areas north and east of the Augarten were floodlands mostly uninhabited.

The park is designed in the French Baroque style with elaborate flower gardens and impressive shady avenues of chestnut, lime, ash, and maple. Like most fenced public parks and gardens in Vienna it is open only in the daytime: the park's five gates close at sunset (signalled by a siren).

The Augarten hosts a variety of facilities such as the Wiener Sängerknaben (the Vienna Boys' Choir) in the Palais Augarten, the Augarten Porzellanmanufaktur (Augarten porcelain factory), the Augarten Contemporary (part of the Österreichische Galerie Belvedere, the Austrian Gallery housed in the Belvedere), the Filmarchiv Austria, a retirement home, a Jewish academic campus (called Lauder Chabad Campus), a paddling pool for children and sports fields. Significant testimonials to the Third Reich are two high anti-aircraft bunkers (flak towers).

There are two places in the park where meals or snacks may be had, the Bunkerei (partially housed in a former bunker) and on the premises of the Filmarchiv, and in addition two catering establishments, one of them in the Atelier Augarten.

The Baroque park, the palace and the remaining part of the original park wall, dating from the early 18th century, are since 2000 listed as historic monuments.