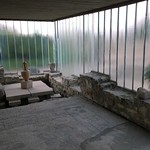 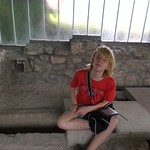 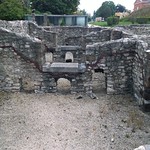 Aquincum
Things to see at Aquincum:
A bucket list of the top sights at Aquincum, ordered by popularity.

Aquincum was an ancient city, situated on the northeastern borders of the Pannonia province within the Roman Empire. The ruins of the city can be found today in Budapest, the capital city of Hungary. It is believed that Marcus Aurelius may have written at least part of his book Meditations at Aquincum.

It was originally settled by the Eravisci, a Celtic tribe. Aquincum served as a military base (castrum), having been part of the Roman border protection system called limes. Around AD 41-54, a 500-strong cavalry unit arrived, and a Roman legion of 6,000 men was stationed here by AD 89. The city gradually grew around the fortress, and after Pannonia was reorganised by the Romans in AD 106, Aquincum became the capital city of the Roman province of Pannonia Inferior. The city had around 30,000 to 40,000 inhabitants by the end of the 2nd century, and covered a significant part of the area today known as the Óbuda district within Budapest. Ruins from the old Roman settlement can be seen in other parts of Budapest as well, notably Contra-Aquincum. These Roman structures were, during the 2nd and 3rd century AD, the heart of the commercial life of the Pannonia province. The excavations show evidence of the lifestyle of this period. The most important monuments in Aquincum are the two amphitheaters the Aquincum Civil Amphitheatre and the Aquincum Military Amphitheatre built in the 1st century AD.