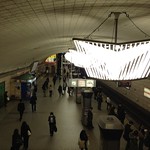 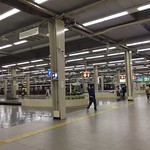 Umeda Station (梅田駅, Umeda-eki) is a railway station located in Kita-ku in the northern commercial center of Osaka, Japan. It is the busiest station in Western Japan, serving 2,343,727 passengers daily in 2005.

Umeda Station is served by the following railways: