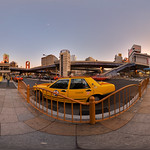 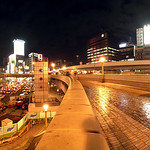 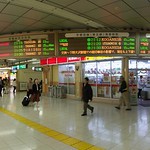 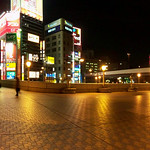 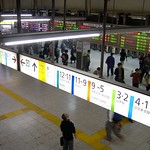 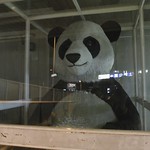 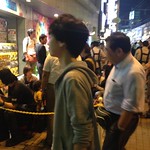 Ueno Station (上野駅, Ueno-eki) is a major railway station in Tokyo's Taitō ward. It is the station used to reach the Ueno district and Ueno Park -- which contains Tokyo National Museum, The National Museum of Western Art, Ueno Zoo, Tokyo University of the Arts and other famous cultural facilities. A major commuter hub, it is also the traditional terminus for long-distance trains from northern Japan, although with the extension of the Shinkansen lines to Tokyo Station this role has diminished in recent years. A similar extension of conventional lines will extend the Takasaki Line, Utsunomiya Line and Joban Line to Tokyo Station via the Ueno-Tokyo Line from March 2015 on existing little-used tracks and a new viaduct.

Ueno Station is close to Keisei-Ueno Station, the Tokyo terminus of the Keisei Main Line to Narita Airport Station.