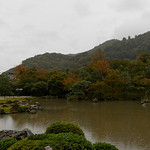 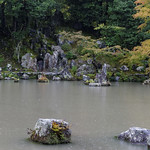 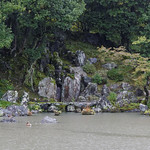 Tenryu-ji
Things to see at Tenryu-ji:
A bucket list of the top sights at Tenryu-ji, ordered by popularity.

Tenryū-ji (天龍寺)—more formally known as Tenryū Shiseizen-ji (天龍資聖禅寺)—is the head temple of the Tenryū branch of Rinzai Zen Buddhism, located in Susukinobaba-chō, Ukyō Ward, Kyoto, Japan. The temple was founded by Ashikaga Takauji in 1339, primarily to venerate Gautama Buddha, and its first chief priest was Musō Soseki. Construction was completed in 1345. As a temple related to both the Ashikaga family and Emperor Go-Daigo, the temple is held in high esteem, and is ranked number one among Kyoto's so-called Five Mountains. In 1994, it was registered as a UNESCO World Heritage Site, as part of the "Historic Monuments of Ancient Kyoto".