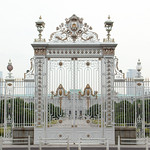 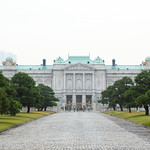 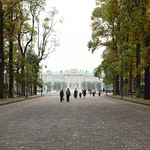 Akasaka Palace (赤坂離宮, Akasaka rikyu), or the State Guest House (迎賓館, Geihinkan), is one of the two State Guesthouses of Government of Japan. The palace was originally built as the Imperial Palace for the Crown Prince (東宮御所, Togu gosho) in 1909. Today the palace is designated by the government of Japan as an official accommodation for visiting state dignitaries. Located in the Moto Akasaka, Minato, Tokyo, the building took on its present function in 1974, having previously been an imperial detached palace. In 2009 the palace was designated as a National Treasure of Japan.