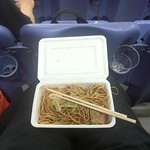 Osaka Dome (大阪ドーム) is a baseball stadium located in Osaka, Japan. Opened in 1997, the stadium was the home field of the Kintetsu Buffaloes. In 2005, the stadium became one of the homes of the Orix Buffaloes, a result of the merger between the Orix BlueWave and Kintetsu Buffaloes. Prior to the Osaka Dome opening, the Buffaloes played their home games at Fujiidera Stadium. Hanshin Tigers also use the stadium as their "home field" for their season openers and their home games in August because their stadium, Koshien Stadium, is used for high school baseball tournaments during those periods.