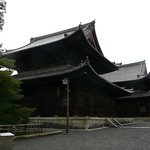 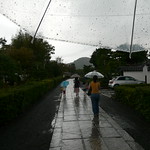 Myōshin-ji (妙心寺, Myōshin-ji) is a temple complex in Kyoto, Japan, and head temple of the associated branch of Rinzai Zen Buddhism. The Myōshin-ji school is by far the largest school in Rinzai Zen, approximately as big as the other thirteen branches combined: it contains within it about three thousand five hundred temples throughout Japan, together with a handful overseas, of the approximately six thousand total Rinzai temples, and also has nineteen associated monasteries, of the total of forty monasteries and one nunnery.