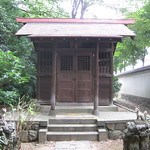 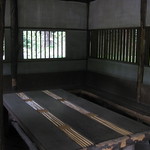 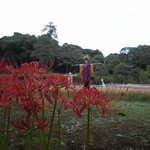 Koishikawa Kōrakuen Garden (小石川後楽園) is in Koishikawa, Bunkyō, Tokyo, adjacent to Tokyo Dome City. It is one of two surviving Edo period clan gardens in modern Tokyo, the other being Kyu Shiba Rikyu Garden, and one of the oldest and best preserved parks in Tokyo.

The construction was started in 1629 by Tokugawa Yorifusa, the daimyo (feudal lord) of Mito han, and was completed by his successor, Tokugawa Mitsukuni.

Mitsukuni named this garden "Kōraku-en" (Kōraku means "enjoying afterwards") after a Chinese teaching of "a governor should worry before people and enjoy after people". The garden shows strong Chinese character in its design, as it was influenced by the West Lake of Hangzhou.

Kōrakuen was appointed as a special place of scenic beauty and a special historic site based on the cultural properties protection law of Japan.

All through Japan, there are only seven premises which enjoy double appointments by this Law. They are Kinkakuji, Ginkakuji and Sampo-in of Dogoji in Kyoto, the trace of Nibo-no-miya in the former capital of Heijō-kyō in Nara, Itsukushima Shrine in Hiroshima and Hamarikyū and Kōrakuen in Tokyo.

The park can be accessed by walking from Iidabashi Station or Kōrakuen Station. Regular hours are from 9 in the morning until 5 in the evening. General admission is 300 yen.