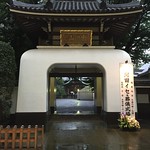 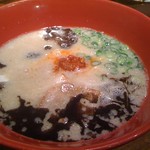 Kichijoji
Things to see at Kichijoji:
A bucket list of the top sights at Kichijoji, ordered by popularity.

Kichijōji (吉祥寺) is a neighborhood in the city of Musashino in Tokyo, Japan. It is centered on the commercial area to the north of its train station and has a youthful, artistic, slightly countercultural reputation. Kichijōji Station is served by the Chūō Line, Sobu Line, Tozai Line and is also a terminus of the Keiō Inokashira Line, which takes passengers as far as Shibuya. The area is one of the most popular areas for younger people to spend their weekend, because it features one of Tokyo's most varied and complete shopping areas, as well as the almost constantly crowded Inokashira Park together with its zoo. Supporting the fact of its popularity is that it's been voted to the number 1 place every year where people in Japan wish they would live since poll started in 2004.