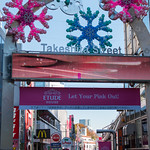 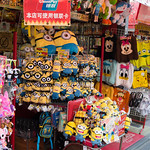 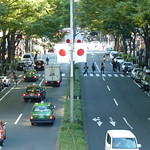 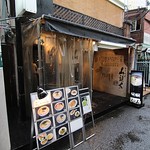 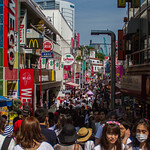 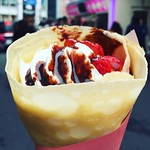 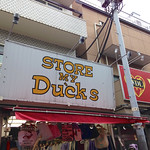 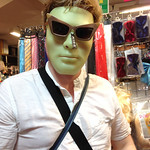 Harajuku
Things to see at Harajuku:
A bucket list of the top sights at Harajuku, ordered by popularity.

Harajuku (原宿,  listen ) is a district in Shibuya, Tokyo, Japan.

Harajuku is the common name given to a geographic area spreading from Harajuku Station to Omotesando, corresponding on official maps of Shibuya ward as Jingūmae 1 chōme to 4 chōme. In popular reference Harajuku also encompasses many smaller backstreets such as Takeshita Street and Cat Street spreading between Sendagaya in the north to Shibuya in the south.

Harajuku is known internationally as a center of Japanese youth culture and fashion. Shopping and dining options include many small, youth oriented, independent boutiques and cafés, but the neighborhood also attracts many larger international chain stores with high-end luxury merchandisers extensively represented along Omotesando.

Harajuku Station on the JR East Yamanote Line and Meiji-jingumae 'Harajuku' Station served by the Tokyo Metro Chiyoda Line and Tokyo Metro Fukutoshin Line also act as gateways to local attractions such as the Meiji Shrine, Yoyogi Park and Yoyogi National Gymnasium, making Harajuku and its environs one of the most popular destinations in Tokyo for both domestic and international tourists.