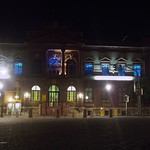 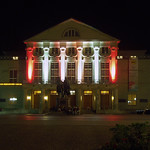 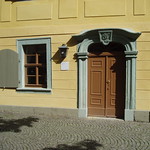 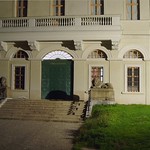 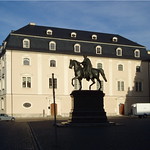 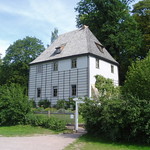 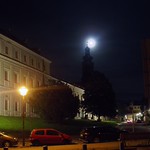 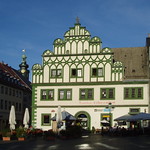 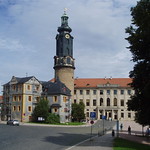 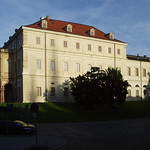 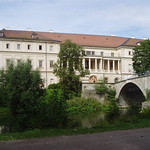 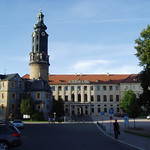 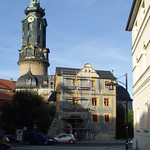 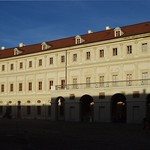 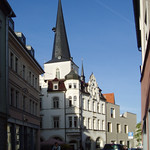 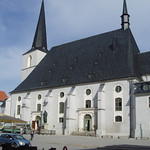 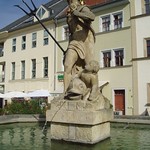 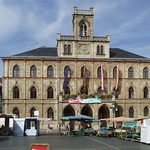 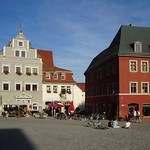 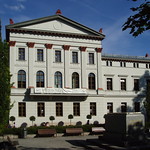 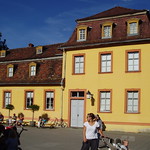 Weimar
Things to see at Weimar:
A bucket list of the top sights at Weimar, ordered by popularity.

Weimar (German pronunciation: [ˈvaɪmaɐ]) is a city in the federal state of Thuringia, Germany. It is located between Erfurt in the west and Jena in the east, approximately 80 kilometres (50 miles) southwest of Leipzig, 170 kilometres (106 miles) north of Nuremberg and 170 kilometres (106 miles) west of Dresden. Together with the neighbour-cities Erfurt and Jena it forms the central metropolitan area of Thuringia with approximately 500,000 inhabitants, whereas the city itself counts a population of 65,000. Weimar is well known because of its large cultural heritage and its importance in German history.

The city was a focal point of the German Enlightenment and home of the leading characters of the literary genre of Weimar Classicism, the writers Johann Wolfgang von Goethe and Friedrich Schiller. In the 19th century, famous composers like Franz Liszt made a music centre of Weimar and later, artists and architects like Henry van de Velde, Wassily Kandinsky, Paul Klee, Lyonel Feininger and Walter Gropius came to the city and founded the Bauhaus movement, the most important German design school of the interwar period. However, the political history of 20th-century Weimar was inconsistent: it was the place where Germany's first democratic constitution was signed after the First World War, giving its name to the Weimar Republic period in German politics (1918–1933), as well as one of the cities mythologized by the National Socialist propaganda.

Until 1948, Weimar was the capital of Thuringia. Today, many places in the city centre have been designated as UNESCO World Heritage sites (either as part of the Weimar Classicism complex or as part of the Bauhaus complex) and tourism is one of the leading economic sectors of Weimar. Relevant institutions in Weimar are the Bauhaus University, the Liszt School of Music, the Duchess Anna Amalia Library and two leading courts of Thuringia (Supreme Administrative Court and Constitutional Court). In 1999, Weimar was the European Capital of Culture.