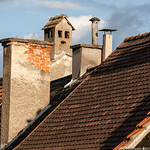 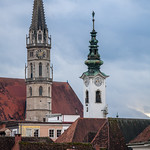 Steyr
Things to see at Steyr:
A bucket list of the top sights at Steyr, ordered by popularity.

Steyr (German pronunciation: [ˈʃtaɪ̯ɐ]) is a statutory city, located in the Austrian federal state of Upper Austria. It is the administrative capital, though not part of Steyr-Land District. Steyr is Austria's 12th most populated town and the 3rd largest town in Upper Austria.

The city has a long history as a manufacturing center and has given its name to several manufacturers headquartered there, such as the former Steyr-Daimler-Puch conglomerate and its successor Steyr Motors.